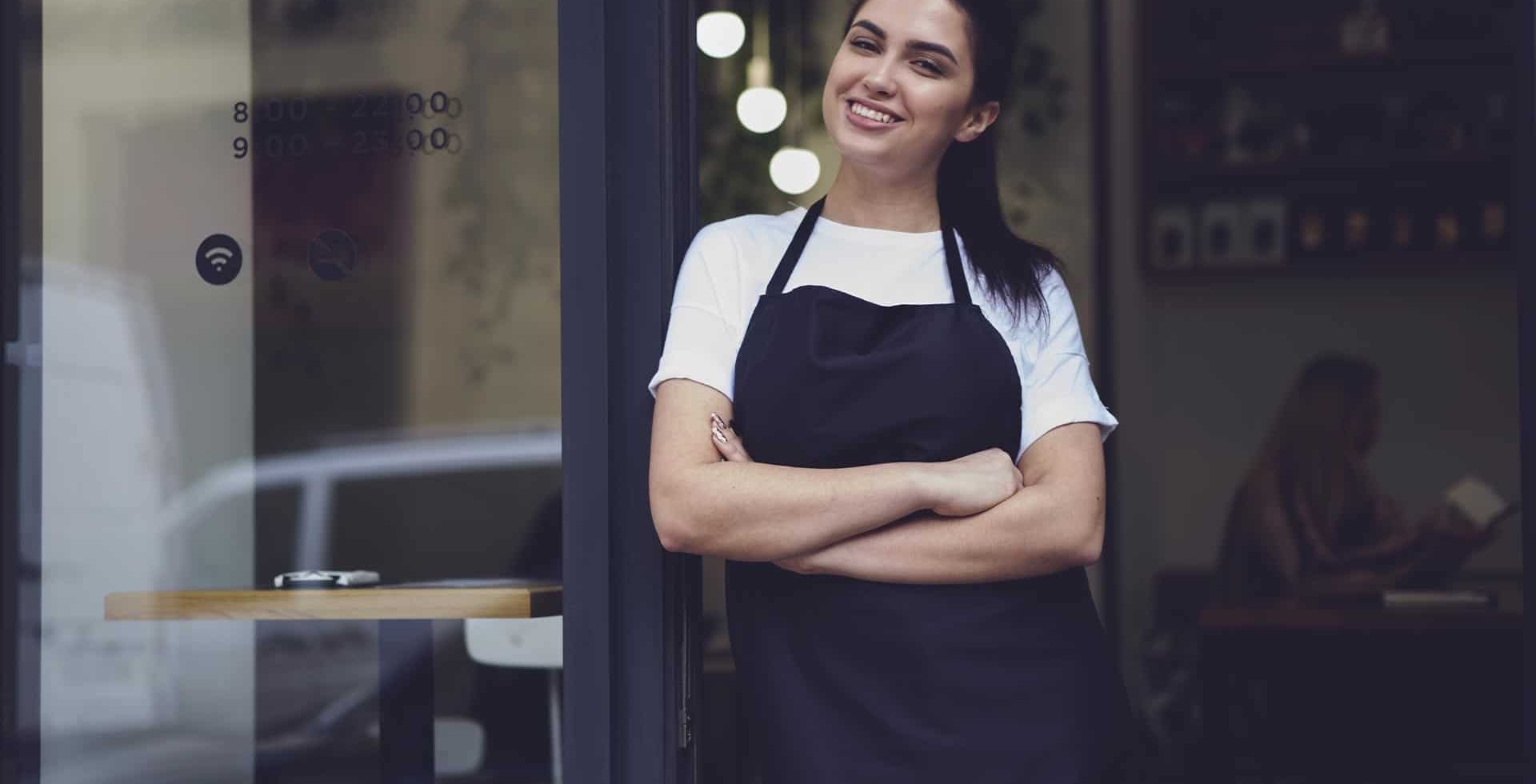 Franchise agreements typically contain detailed termination clauses that enable a franchisor to terminate the franchise, either for a breach or upon the occurrence of a range of other events. Those events may include such things as bankruptcy, liquidation, or other serious events that will not, in their own right, be a breach of the franchise agreement.

Separately, franchise agreements usually provide for a raft of onerous outcomes for franchisees in the event of termination. These can include all or any of the following:

The consequences of these contractual provisions is that a franchisee will effectively lose all value in the business and be left with only a set of chattels which are often worthless to anyone except the franchisor or another franchisee. Particularly where the underlying breach is minor, such clauses are heavily penal in their effect and can seem well out of proportion to the breach or the protection of the franchisor’s interests.

Our Court of Appeal recently considered these developments in Wilaci Pty Ltd v Torchlight Fund no 1 LP (In receivership) [2017] NZCA 152, albeit in a case in which the law of New South Wales was applied. Although the case was governed by that state’s law, I am of the view the same principles are likely to apply to contracts governed by New Zealand law. The decision is therefore likely to influence how the New Zealand courts now approach penalty clauses.

As a result of this “redirection”, the enquiry has swung away from a focus on the genuine pre-estimate of the parties’ loss. The central issue (as was put by Whata J in Honey Bees Preschool Ltd v 127 Hobson Street Ltd [2018] NZHC 32) is now whether a stipulated remedy for breach is out of all proportion to the legitimate performance interests of the innocent party, or is otherwise exorbitant or unconscionable, having regard to those interests.

The following factors will be relevant to this assessment:

This redirection will certainly make it easier for franchisors to avoid the dark cloud of the penalties doctrine. A genuine pre-estimate of the franchisor’s loss following the termination of a franchise agreement is a difficult thing to quantify and always ran the risk of being quite a low sum. That is especially so where it is a very large franchise system and where the loss of one franchisee registers only as a blip on the finances of the franchisor or where the exiting franchisee is quickly replaced, as will often be the case in a good franchise system.

By way of contrast, quantifying and scoping the legitimate interests of the franchisor takes on a much weightier shape. For instance, in a good franchise, franchisors invest considerable sums in developing their systems and intellectual property. They develop extensive operations manuals, training programmes, marketing strategies, product and supplier lists, and put in place systems to train franchisees and provide updated and ongoing support. They share all that intellectual property and know-how with their franchisees.

Franchisors risk losing that information every time there is a termination. They also risk damage to the brand on termination, particularly when the franchisee goes into liquidation and their business is perceived to have closed down. To protect whatever goodwill might be present in the franchisee’s site, it is often important to the franchisor to be able to secure the site. It stands to reason that franchisors can easily say they have a strong legitimate interest on termination. But a byproduct of that interest is that the exiting franchisee can expect to lose everything on termination including the shirt off their back.

Despite that legitimate interest, in my view a close examination of each franchise and situation is necessary to see whether the contract remedy is out of all proportion to the franchisor’s interest. It’s easy for franchisors to “talk up” their legitimate interest. Yes, there may have been a considerable investment in the franchise when it was first set up but the franchisor may not have updated its systems, expanded its products and services or be otherwise putting any of its profits back into the development of its own franchise. The franchise might be a dying system where franchisees are not being replaced.

In many franchises, particularly low barriers to entry franchises such as in the home services sector where the investment made by franchisee is low, the level of training required to operate the franchise is low, and there is a palpable power imbalance from start to finish. Typically, franchisees in many of these systems will not have used a lawyer when they bought the franchise and English will not be their first language. There will be considerable control exercised by the franchisor over the franchisee’s business during the term of the franchise and the relationship can look from the outside more akin to an employment contract than a commercial franchise agreement.

In these foregoing situations, it could be argued that the stipulated remedy for breach is exorbitant or unconscionable, having regard to the legitimate interests of the franchisor.

There are two further aspects to the penalty rule which could assist franchisees looking to get their heads above water following the ending of a franchise relationship.

Scope of the penalty rule

The first concerns the scope of the penalty rule.

Australia takes the line that there doesn’t need to first be the breach of a primary obligation in order to trigger the penalties doctrine. In Australia, a secondary or collateral obligation may be the subject of attention if it is triggered either by breach or failure of a primary condition. In the UK, only obligations that take effect on breach engage the rule against penalties.

If the New Zealand courts are to follow the British approach, which seems likely (See, for example, Honey Bees Preschool Ltd), there will be plenty of scope for franchisors to wriggle even further away from the reach of the penalties doctrine, with potentially quite harsh results for franchisees.

To explain what I mean by this, it is first necessary to understand the way in which the consequences of termination of the franchise agreements generally come into play.

Franchise agreements will typically provide for:

Under this analysis, and bearing in mind the court looks at the substance and not the form, both the right to terminate and the consequences that flow from such termination will be regarded as the combined provisions that attract the penalties doctrine. In substance, the consequences of termination are a secondary obligation arising consequent upon a breach of a primary obligation.

Where, however, there is a right to terminate by the franchisor for an event which is not defined as a breach, that would be a primary obligation which would therefore not attract the penalties doctrine (if the UK approach is to be preferred). It follows that, if the UK approach is to be preferred, the penalties doctrine will not apply where the termination arises because the agreement has simply come to an end through effluxion of time. Where an agreement has ended organically, it has not been terminated for breach. This is an important distinction which does not assist the position of franchisees. It is frequently the case that franchisors and franchisees are in dispute when their agreements come to an end organically about the harshness of the consequences which then flow. Adding to the confusion, it is not unusual for franchise agreements to be silent as to whether the consequences of termination apply, regardless of whether the termination is for breach or has organically occurred. A franchisee whose agreement has terminated because it has come to an end through effluxion of time will find it more difficult to argue the harsh consequences of termination should be regarded as a penalty.

The second aspect of the rule against penalties which is often not fully appreciated by franchisees is the misapprehension that the doctrine only applies to the payment of money. The application of the penalty rule has of course extended to many other agreed remedies other than simply stipulations to make a payment, including withholding payment clauses and forced transfer clauses – see Amaltal Corp Ltd v Maruha (NZ) Corp Ltd [2004] 2 NZLR 614 (CA) and see also Ringrow Pty v BP [2005] HCA 71 and Jobson v Johnson [1989] 1 WLR 1026 at 1034-1035; [1989] 1 All ER at 628, 634.

While there has been no case specific to franchising on the question of penalty clauses in New Zealand, this issue has arisen in Australia. Both cases were decided by application of the genuine pre-estimate of loss formulation of Lord Dunedin, (Dunlop Pneumatic Tyre Co Ltd v New Garage and Motor Co Ltd [1914] UKHL 1; [1915] AC 79) but are still good examples of the types of issues that arise in franchising.

In Australia now, legislation protecting franchisees from unfair contractual provisions means that franchisees will likely be able to take their complaints about excessive liquidated damages clauses to the Australian Competition and Consumer Commission for legal action.

New Zealand has no franchise specific legislation, and so there is no legislation even in the pipelines which could come to the rescue of franchisees dealing with the onerous effects of a termination provision.

Notwithstanding the redirection in approach of the penalties doctrine, I believe there is still plenty of scope for franchisees to try and introduce the penalties doctrine when negotiating their exits. That scope is particularly evident in low barriers to entry systems, or systems where there is a significant power imbalance or where the system itself is dying, or retrenching, or is otherwise a system that has simply not kept pace with the market. 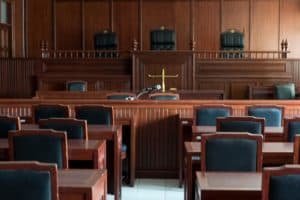 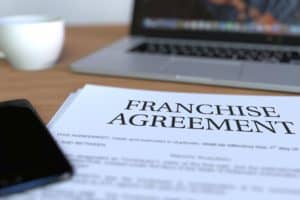